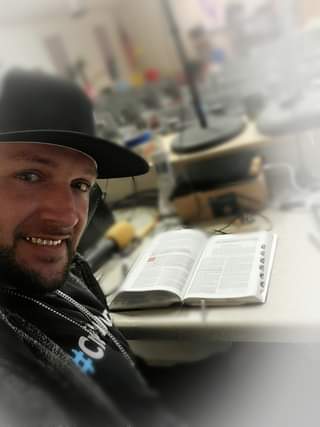 A decade ago I got down on my knees in a jail cell after someone had told me their testimony. I was by myself in the cell. I surrendered my life to God and repented of every sin I could think of. I was FILLED WITH THE HOLY SPIRIT and began to speak in tongues. (I didn’t even know what was happening but I just kept speaking) at the same time God began downloading information (revelation) into me. My heart was changed. I became a different person and have never been same since.

My experience is my experience and testimony. If this helps you in any way or confirms something to you then PRAISE GOD. If you have a hard time believing what I’m saying then I pray that God will open your eyes to the Truth.

Jesus Christ is the Son of God. Jesus Christ came from Heaven to Earth with a purpose. That purpose was to be obedient to God and to die for the sins of the world. He took every single thing you could ever do wrong and paid the penalty for your sins on the Cross.

Jesus preached “my kingdom is not of this world” HIS messege is 100 percent TRUTH. There is absolutely nothing about Him that is false. HE IS THE WAY, THE TRUTH AND THE LIFE. But it didn’t stop there.

After He was nailed to a wooden cross and died for the sins of the World, they took Him and put him in a Tomb. They closed the tomb and left the dead man Jesus in the tomb. But God had a plan. 3 days after he was declared dead and left to rot in a tomb, God RAISED HIM FROM THE DEAD. Listen to what I’m saying. GOD RAISED HIM FROM THE DEAD. At no other time in history has this EVER HAPPENED. Medical professionals may pump someone’s heart back after it stops for a few moments, but NO ONE, AND I MEAN NO ONE, has come up out of their grave AFTER burial. This happened to Jesus because HE IS who I’m telling you He is. HE IS THE SAVIOR OF THE WORLD. He appeared to over 500 people in broad daylight after coming out of the tomb. And he appeared to His disciples. ALL OF THE DISIPLES died saying the Truth of Jesus till their last breathe. I believe this and I hope you do too. Because Jesus was raised up to Heaven and by believing the Gospel and following Him, you WILL BE RAISED UP TOO.