All I can say is what a MIGHTY GOD I serve!

Please take the time to read!!
Meet Roger Barrett, this gentleman is a patient of mine who just started coming to our office this week…little did I know this man would change my life. Mr. Barrett was diagnosed with bladder cancer in 2009 and was told that he could receive treatment but if the cancer spread outside the bladder there wasn’t much the doctors could do. Well as months went on and the doctor visits and follow ups continued Mr. Barrett’s cancer began to get worse. In 2010 he went in for yet another follow up and was told the cancer had spread past his bladder and there wasn’t anything they could do - that he had 5 years to live. Mr Barrett decided he wanted any treatment possible that could maybe help him so the doctors agreed and tried a few more treatments but the treatments were causing him to build up infection. The doctor told Mr. Barrett if he continued getting the infections they could also kill him therefore the doctor had no choice but to stop treatment.
A few months later is was the month of December and every year Mr. Barrett decorates his home with 150,000 lights displaying the true meaning of Christmas and opens it up to the public and has a fire pit, serves hotdogs and marshmallows at no charge. Well one Saturday evening Mr. Barrett was parking cars in his back yard, and he said a couple pulled up in a little car. Mr. Barrett said clearly they didn’t belong there bc the woman was dressed in a white, gorgeous coat that came down to her ankles and he man was dressed in his Sunday best suit. Mr. Barrett said they stayed a good two and a half hours walking around the property admiring the light display, Mr. Barrett day as they came around the property the last time they stopped him and said “This is the most beautiful light display we have seen, we saw Jesus more than once through this display” and Mr. Barrett replied “Yes sir, that’s what it is all about” the man then said, “If you don’t mind me asking what does your utility bill usually run this month putting all this on?” Mr. Barrett replied, “We have three meters we pull from so it runs anywhere from $750-$800” the man then replies “Mr. Barrett you’re also having some health problems aren’t you?” Mr. Barrett (kind of puzzled) responds “why yes I am, I currently have bladder cancer and they have given me 5 years” the man relies and ask “do you mind if we pray for you?” Mr. Barrett said “I would appreciate that”
Mr. Barrett said he never felt the couple touch him as they held hands for the prayer. He said the whole prayer I just felt different and he said I could swing my feet back and forth as if I was floating. After they prayed the man looks at Mr. Barrett and said “Do not let yourself think about that Cancer again, God told me He has His hand on you. Also, do not stop doing this light display, God also told me He is going to handle it.”
Mr. Barrett still puzzled by the couples kindness hurried to tell his wife who was entertaining the rest of their guest. She responded “Honey, there wasn’t a couple here of that description” Mr. Barrett said “Yes there was, they were here for two and a half hours. I was just talking and praying with them” Mr. Barrett asked a few other people who were there and no one recognized this couple he was describing.
The following Wednesday (2011) Mr. Barrett went to the hospital to have his biopsy done and the doctors told him to call his doctor to set up a two week follow up so he has time to get the results. The next day Mr. Barrett had just woke up and sat on the edge of the bed and his phone rang. It was his doctor, Immediately Mr. Barrett began apologizing because he had forgotten to call. He doctor said “Are you sitting down Mr. Barrett?” He responded “yes sir” the doctor proceeded " I have your results. Do not ask me any questions because I don’t have the answers but you’re cancer free!" Mr. Barrett said he handed the phone to his wife because he couldn’t speak. The doctor told Mr. Barrett “I’m going to send you for more test because if there are any cancer cells I’m going to find them.” After running ever test in the book the doctors couldn’t find a single cancer cell, Mr. Barrett was in fact Cancer Free!
Weeks had gone by and Mr. Barrett’s wife had opened their utility bill and said “they must have made a mistake, but I’m sure they will catch it next month” Mr. Barrett said “why what is it?” Mrs. Barrett replied “our total utility bill with all three meters is only $187” Mr. Barrett couldn’t help but smile and say “There is no mistake, God took care of it!”
This precious man and his testimony have touched so many lives, now mine included. Mr. Barrett was not crazy, that couple in his back yard were angels sent to him by God. What an amazing story, and to meet the man myself and hear it from his mouth has touched my life. All I can say is what a MIGHTY GOD I serve! 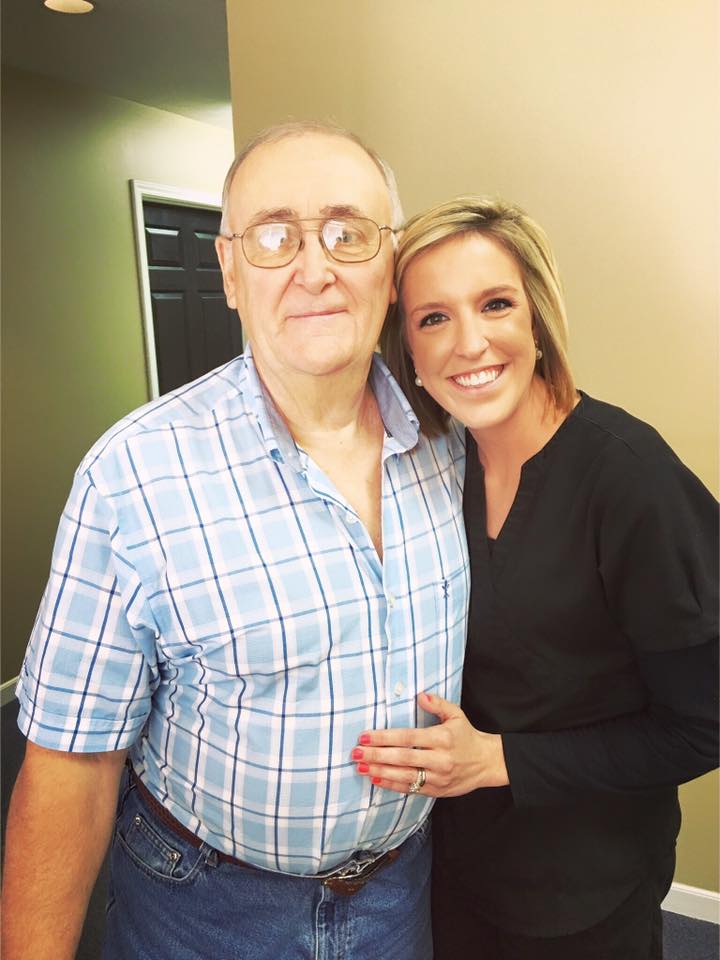 What an amazing story thank you. We are so blessed to have such a loving God. The King of Kings lives.