Bring them to church. Saturate their lives with the love of God. Even if they lay on the floor

Bring them to church. Saturate their lives with the love of God. Even if they lay on the floor. Even if they need 437 goldfish and a sucker to be quiet. Even if you stand in the back swaying back and forth holding them. Even when it’s hard. Even when your pew looks like a hurricane just came through.
Bring them to church. Let them see you worship. Let them see you pray. Let them see you working at addressing your faults and leaning on our Lord when things are hard because if they don’t see and learn these things from you, who are they going to learn them from?
The world will teach them faithfulness is not a priority. The world will teach them that what they want is more important than what God wants for them. The world will direct them so far off course, confuse them, and misinform them that just being “good” is enough. The world won’t teach them about Jesus. That’s our job.
Bring them to church.
“And anyone who welcomes a little child like this on my behalf is welcoming me. But if you cause one of these little ones who trusts in me to fall into sin, it would be better for you to have a large millstone tied around your neck and be drowned in the depths of the sea.” —Matthew 18:5-6
Teaching kids is a huge responsibility. We must take it seriously and do it well. Prepare well, speak truth, and remember they are God’s children first. 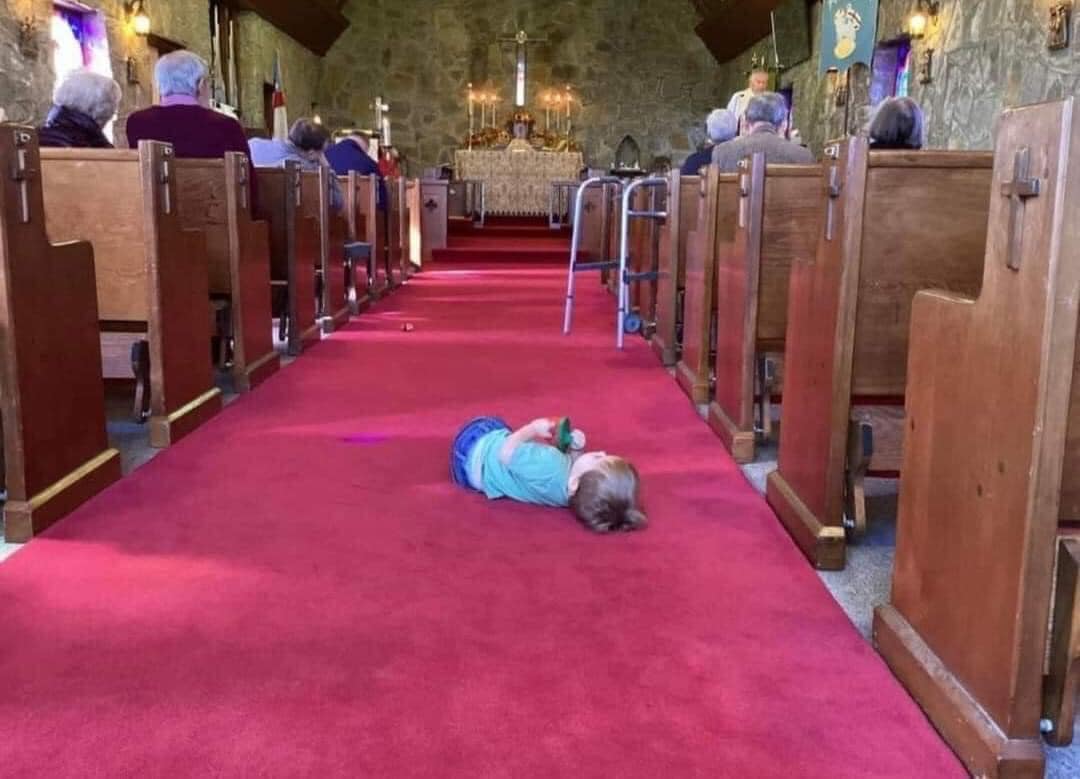 Of course! How else will you indoctrinate you kids?!

Many churches have kids church during regular services.

I agree, bring them to church. But unless your child has some sort of special needs they need to be taught to behave in church. Falling on the floor and acting up in the house of the lord is just unacceptable. My mother would talk to us at a very young age when we went to certain places and let us know that we were going to church, not a playground and we have to behave a certain way. We did not misbehave in restaurants, church etc. start teaching your children to be respectful at young ages. I don’t have kids but when I took my niece and nephew to certain places they got the same speech and behaved.

Agree with Patrice. Getting them there is important, but it’s also important to TRAIN them how to calm themselves, and to sit respectfully quiet, so as not to disturb others. If you don’t take charge of training your kids, they will grow up thinking they are the center of the universe and can disrupt and throw fits to get what they want. If you don’t want your child to be known as a “karen” then train them to be respectful.

Children belong in age-appropriate children’s church, not rolling around on the floor in a service, crying, or otherwise creating distractions. Souls are at stake as the Word of God is preached and children do harm when their parents refuse to train their children at home.

Exactly. Our church has lots of kids and teenagers in the service. It is delightful to see the little ones wandering around and quietly playing in the aisle and the teensgers sitting together with their friends. Sometimes some wee person migjt have a meltdown but that is all part of a church family. Jesus loved the children.

But not to a church of idolatry like the one in the picture!!!

Need the parents to come first

We are in REVIVAL! Look at the Shekinah Glory manifesting among us. This is impossible with camera lighting or even editing. God is manifesting His Presence in His Glorious Light! Come and see what God is doing in Revival River! Let’s look at Scripture:

…He was transfigured before them.

His clothes became shining, exceedingly white, like snow, such as no launderer on earth can whiten them. Mark 9:2-3. / and He was transfigured before them. His face shone like the sun, and His clothes became as white as the light. Matt 17:2 / As He prayed, the appearance of His face was altered, and His robe became white and glistening.

What Is The Shekinah Glory?

The Shekinah glory is a term used in Jewish and Christian theology to refer to the presence of God, particularly in the Temple in Jerusalem. It is also used to describe the manifestation of God’s presence in the world, such as in the burning bush that Moses encountered in the Bible. In Christian theology, it is also associated with the presence of the Holy Spirit. It is often depicted as a bright light or a cloud.

Is This Light Biblical?

In Scripture, the brightness of God’s glory is often described as a radiant, overwhelming light that is difficult for humans to behold. It is used to communicate the idea of God’s transcendence and majesty.
For example, in Exodus 24:17, it says “And to the eyes of the Israelites the glory of the Lord looked like a consuming fire on top of the mountain.”
In Isaiah 6:1-5, the prophet Isaiah has a vision of God’s glory in the temple, where he sees the Lord “sitting on a throne, high and lifted up, and the train of his robe filled the temple.”
In the New Testament, the brightness of God’s glory is associated with the transfiguration of Jesus on the mountaintop, where his face shone like the sun and his clothes became dazzling white (Matthew 17:1-8).
In general, the brightness of God’s glory in scripture is used to communicate the idea of God’s power, holiness, and transcendence, and to reveal the extent of his majesty and glory to humanity.

What Is The Manifest Presence Of God?

How Does God Communicate His Glory?

In Scripture, the manifestation of God’s glory is often described as a visible and powerful expression of God’s presence and power. It is used to describe instances in which God’s glory is revealed in a tangible way, such as in visions, miracles, and other supernatural events.

For example, in Exodus 40, the Tabernacle was erected and the glory of the Lord filled the tent, symbolizing God’s presence with his people.
In the New Testament, the manifestation of God’s glory is most notably seen in the person of Jesus Christ, who is believed to be the radiance of God’s glory and the exact representation of his being (Hebrews 1:3).
In Acts 2, the Holy Spirit descended on the apostles in the form of tongues of fire, and in Revelation 4, the apostle John sees a vision of God’s glory in heaven, where the throne of God is described as shining like jasper and carnelian.

The manifestation of God’s glory in Scripture is used to communicate the idea of God’s presence and power in the world, and to reveal the extent of his majesty and glory to humanity.

Come And Partake Of The Shekinah Glory.

2023 is a year we will see the greatest anointing of our lives. This is the prophetic word God have me for our ministry. Daily we are seeing it come to pass. If you are hungry for a fresh touch from God, come and see what God is doing. If you are thirsty for the pure waters of REVIVAL come and join us in our meetings where Holy Fire, Light and The Heavy Weight Of The Glory is doing miracles, wonders and signs in our midst. Share this and let your friends and family see the glory of God’s Presence manifesting on MiracleMountain. Tell your Pastors to come and partake of this Biblical impartation of glory. 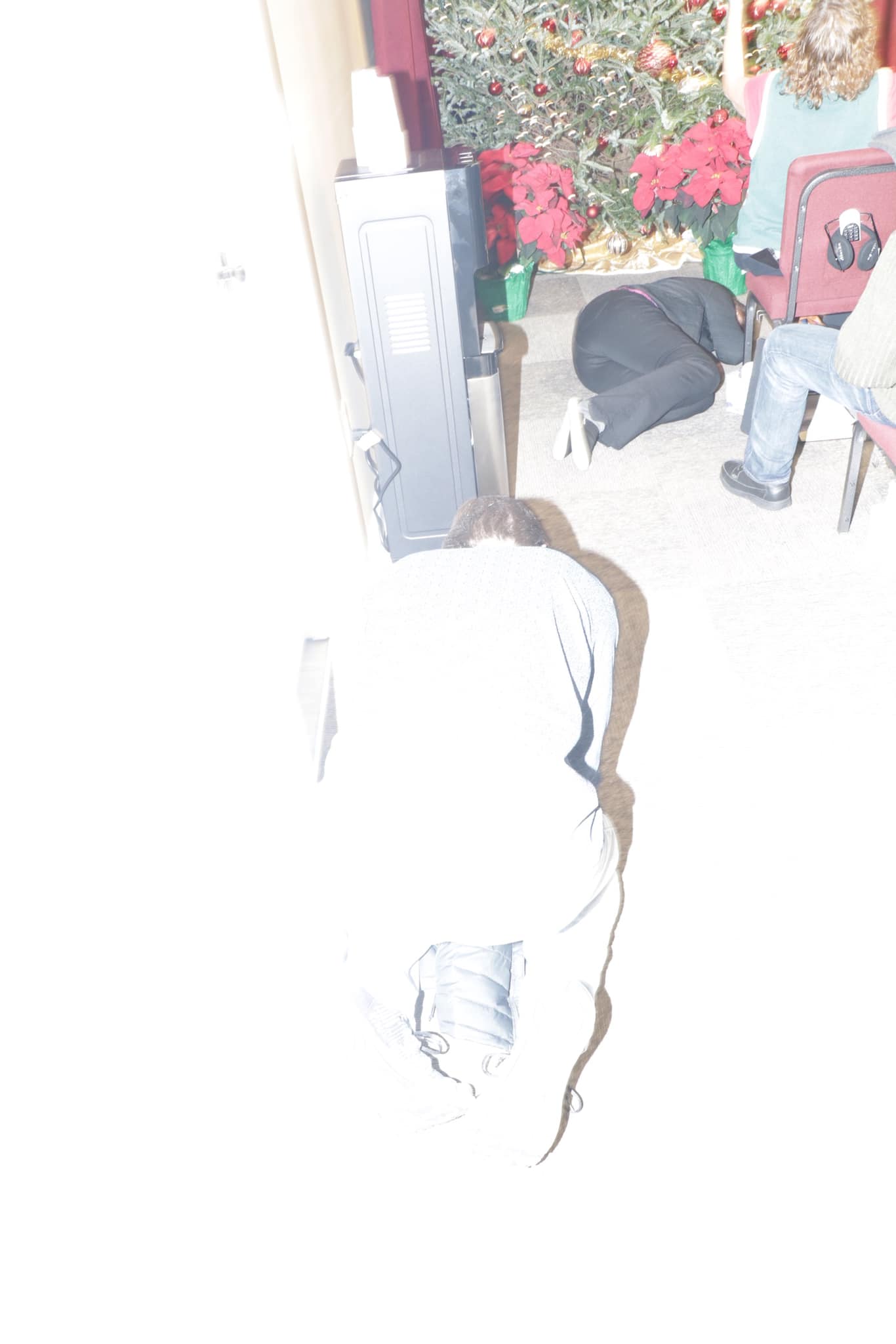 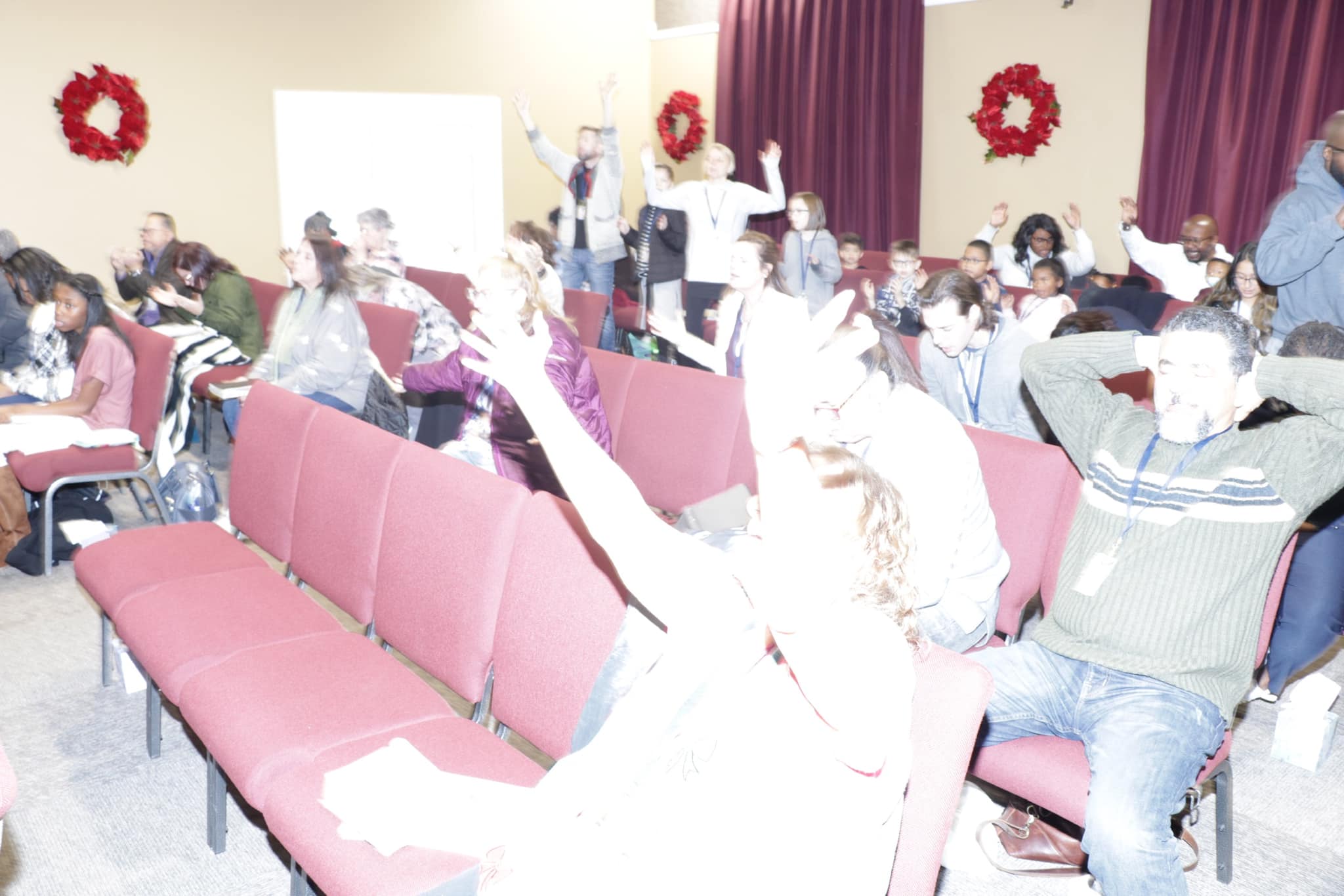 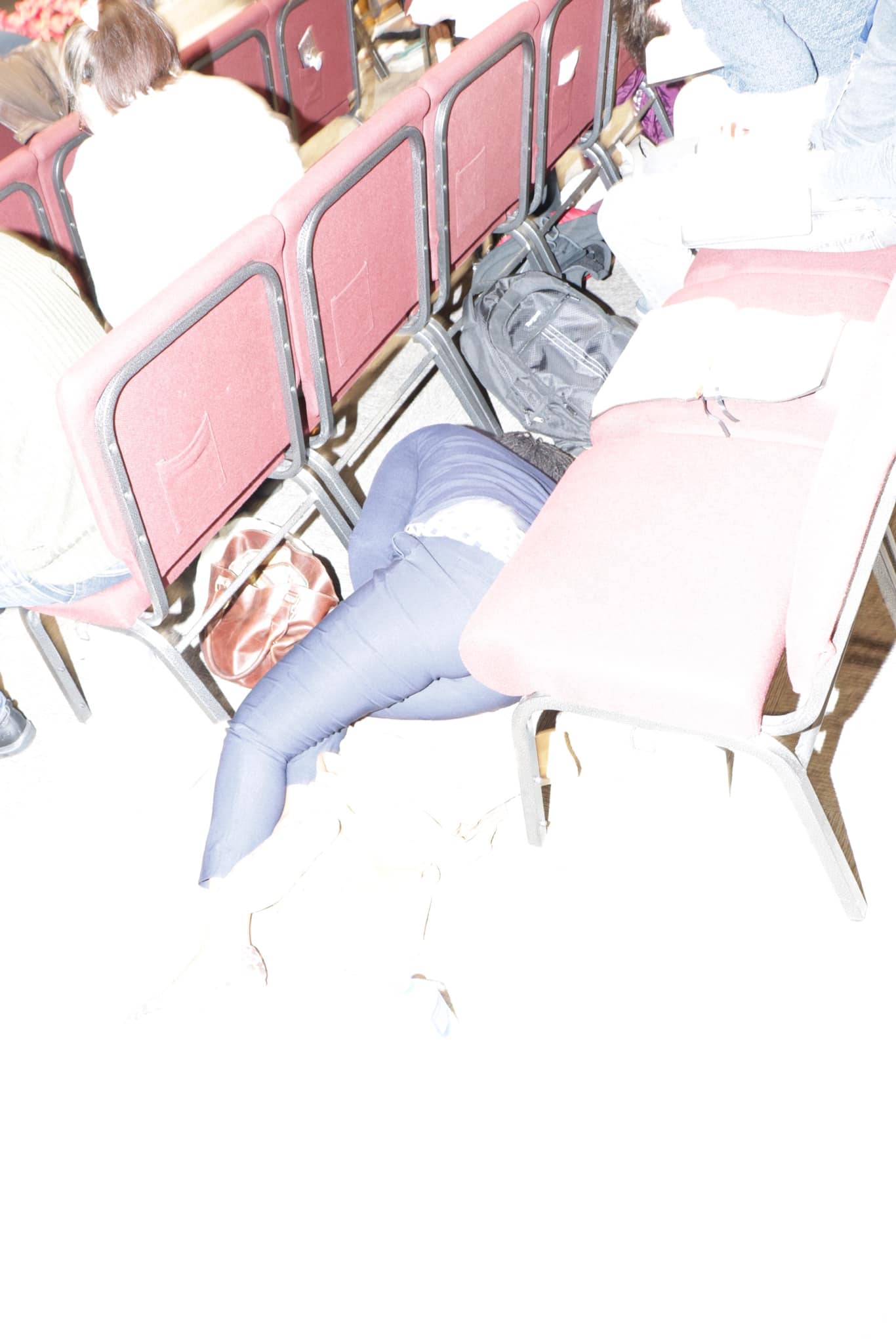