Create in Me A Clean Heart 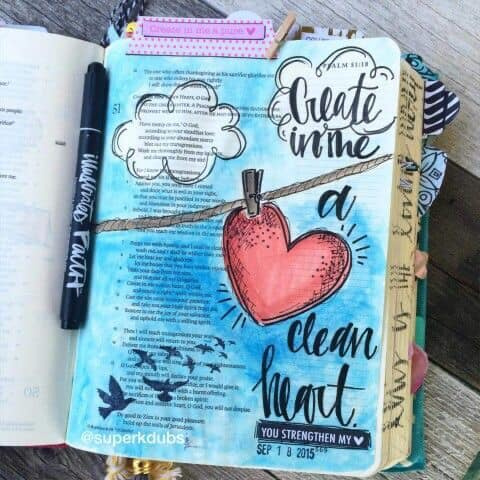 Jesus was a mold-breaker! The Pharisees and their kind lived by tradition. Every aspect of their life revolved around rituals and conformity to those rituals. His unique ways threatened and shook the very core of their religious doctrines.
Jesus was a radical, and they were terrified of Him. He healed the sick on the Sabbath, He ate before performing the ceremonial washing of hands, He dined with tax collectors and women of questionable character, He even healed a blind man by putting His own sputum in his eyes. This was not their messiah! The messiah they wanted would not do these things. When Jesus road into town on a donkey, they were appalled by the very idea.
No messiah of theirs would arrive by a donkey.
Jesus could see right through these men. Beneath all the adornments, the entrapments, the vestiges. He knew their hearts.
With God, it is all about the heart! He used the seemingly lowest of men to do the most vital things. Why because of who they were? No. He used them because of the great heart He knew they posessed. A few examples: Paul was a Christian killer, Matthew was a tax collector, Rahab, a prostitute; Jesus saw their potential and knew their heart was pliable aka soft, usable, workable.
David in Psalms asked, “Create in me a clean heart God. Renew a right, persevering, and steadfast spirit in me.”
I so want to be someone like David. He made plenty of mistakes, yes!
But God called him a man after His own heart. WOW!
Lets ask God to help us achieve His “heart condition.”

Yes I agree! This is what we need to know about the heart when we come to Psalm 51. Our hearts are what God mainly cares about, and our hearts are terribly broken. And therefore, the absolute only thing we could do about our hearts is exactly what David does in this verse He asks God for a new one.