Do you consider the USA to be a Christian nation? 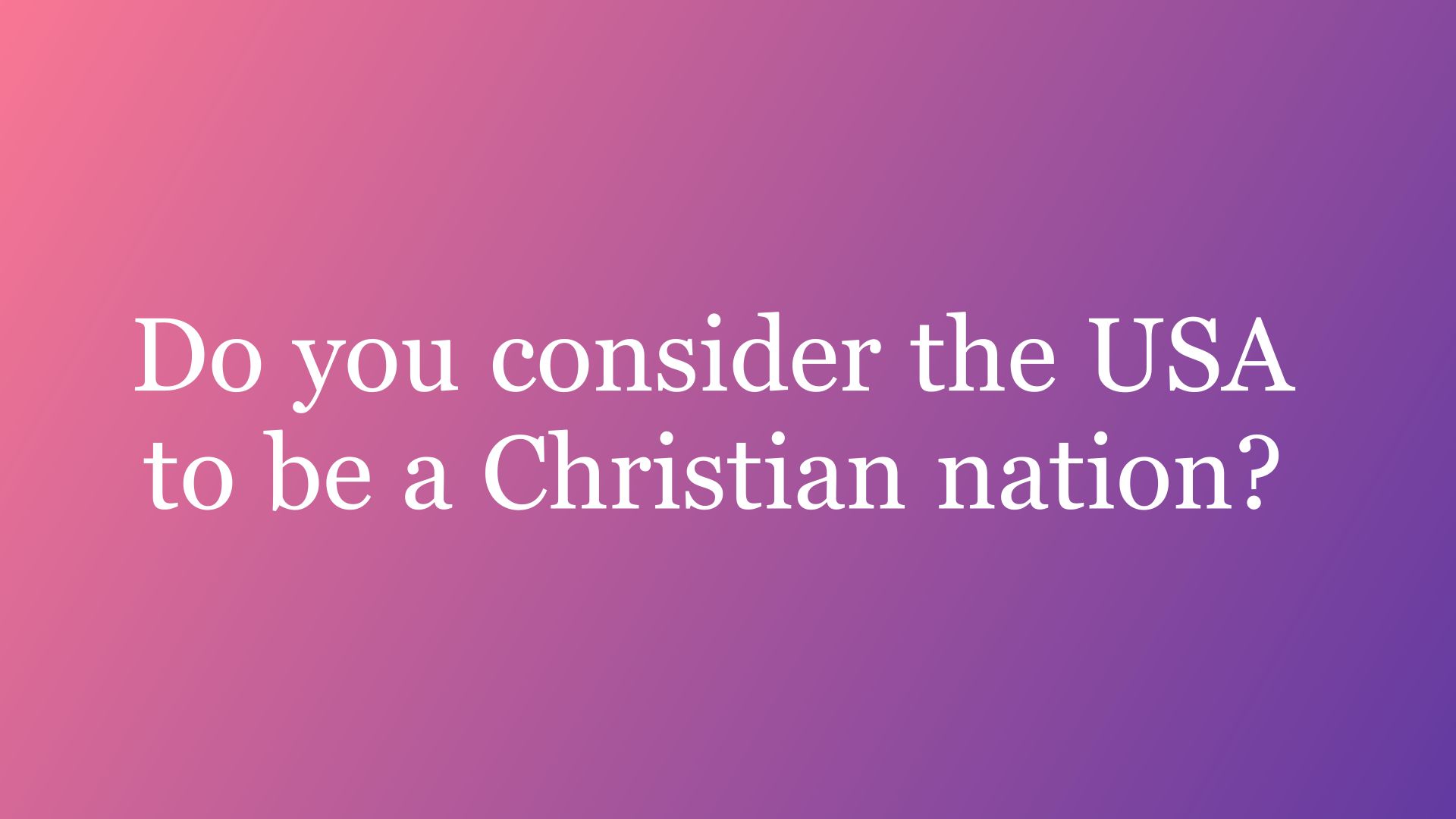 Do you consider the USA
to be a Christian nation?

I know when the US fall out of Christian faith

Isreal was ment to bless all nations and we are the true isreal. We weren’t ment to control the nations.

It’s time for Christian’s to expose Satans plan and wake up to what is happening around us! the world is trying to take away our freedoms and rights to worship. Many churches were shut down by the government and many preachers went to jail defending th… See more

I take objection to the idea of a Christian country whilst Christ tarries.There may be a country that has much of its laws and culture based in biblical principle, many of its leaders may be Christian. There may even be a strong majority of Christian… See more

I do not consider this nation to be a Christian nation. As it thrives on lies and manipulation. Covers those opposite of what scripture stands for. Even most Christians are not willing to stand against wrong if it is believed that they were going to suffer. As a nation we promote the easy life and say anyone who struggles is not of God.

Just so many things wrong along with demonizing people who speak truth.

No matter the issue He is wants the sinner saved, delivered and everyone going to heaven we have to accept that how we represent or MISrepresent God has a lot to do with others are being delivered.
We must humble ourselves and stop hiding sin accordingly to our own comfort and allow Gods word to be our will and guide and do not waver. When we do we must repent and turn away from this issue.