He is risen from the dead, is seated on the right hand of The Father

Sharing my thoughts… Salvation in Jesus means that you believe in your heart that he died on the cross for your sins but most importantly, that He is risen from the dead, is seated on the right hand of The Father, and is coming back again for His church, as you confess it with your mouth. Even the apostles had to be saved and they walked with Jesus. They had to believe that He was The Christ and after they watched him being crucified for sins that he didn’t commit, they were our sins that he was crucified for, they had to believe that He was risen, and they actually saw it with their own eyes as he talked, ate, and walked with them after being risen. The Bible says that blessed are we that believe and have not seen. With that being said, the apostles and disciples, after believing that Jesus was risen and coming back again for His church, had to receive the gift of The Holy Ghost. You don’t receive The Holy Ghost just because you accept Jesus and believe on Christ but you have to ask for the gift of The Holy Ghost, it’s a Gift, and then you will receive It. You just don’t receive the gift because you repent from your sins but there is a separate moment of Pentecost that one will experience which allows the evidence of tongues to manifest, as The Spirit of God gives utterance.
Romans 10:9:10 (KJV)
9 That if thou shalt confess with thy mouth the Lord Jesus, and shalt believe in thine heart that God hath raised him from the dead, thou shalt be saved.
10 For with the heart man believeth unto righteousness; and with the mouth confession is made unto salvation.
John 20:29 (KJV)
Jesus saith unto him, Thomas, because thou hast seen me, thou hast believed: blessed are they that have not seen, and yet have believed.
Acts 19:2 (KJV)
He said unto them, Have ye received the Holy Ghost since ye believed? And they said unto him, We have not so much as heard whether there be any Holy Ghost.
Acts 2:1-4 (KJV)
1 And when the day of Pentecost was fully come, they were all with one accord in one place.
2 And suddenly there came a sound from heaven as of a rushing mighty wind, and it filled all the house where they were sitting.
3 And there appeared unto them cloven tongues like as of fire, and it sat upon each of them.
4 And they were all filled with the Holy Ghost, and began to speak with other tongues, as the Spirit gave them utterance.
John 6:63 (KJV)
It is the spirit that quickeneth; the flesh profiteth nothing: the words that I speak unto you, they are spirit, and they are life. 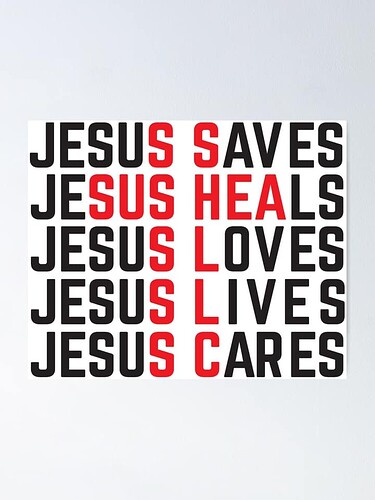