How come in the Genesis story, the creation, God said on the first day “Let there be light,” but only created the sun, moon, stars etc on the fourth day?

(trick question?)
How come in the Genesis story, the creation, God said on the first day “Let there be light,” but only created the sun, moon, stars etc on the fourth day? 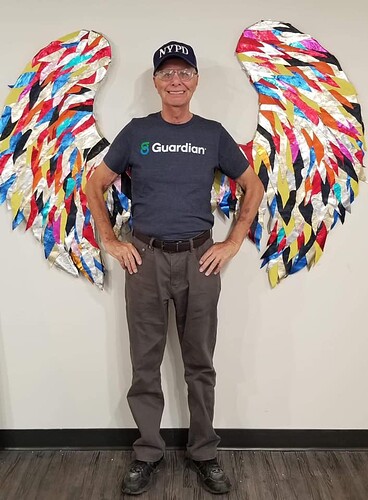 Serrano,Here’s one for you to chew on!! In Genesis 1:26 “Let US make man in our image…” could have very well been a prophetic anticipation of when Jesus would come to live, die for the sin of the world and be resurrected and the working of the process of salvation through Jesus Christ would be God partnering with Christ to begin to make redeemed man into God’s image, as the 2nd Adam was taking over where the 1st Adam had failed! Also, Elohim has no plurality of persons, as 3 in 1/1 in 3, but, it signifies the plurality of Yahweh’s majesty, splendor, grandeur, magnanimity, power, glory, love, Light, etc. Yahweh Elohim is one, but, plural in His vast unsearchable nature!! Look in a close reference to a prophesy of Jesus in Genesis 3:15 “The seed (Jesus) of the woman will crush the serpent’s (satan) head.” This was done at the life, death and resurrection of Jesus. Jesus then possesed the keys of death, hell and the grave. He went and led captivity captive. The devil’s headship over humanity had been crushed, pulverized, devastated, destroyed. We, the followers of Jesus now have the power, right and authority to trample on scorpions and cast demons out of people.

You have to read the Gospel of John first chapter and you will understand that Jesus is that first light. Why he is called a light to understand that you must understand first that Darkness cold and death do not actually exist. They are simply the absence of light heat and life. So being that Jesus is the light he is also heat and life he is everything. He is also a created being he was created from God the Father. As well as the Holy Spirit was also created from the father. That is why they are God and part of the trinity.

Please let me share some deep understanding of Genesis 1:1. In the beginning…this means before the beginning there was no such thing as time. It didn’t exist. It was always forever now. God had to make a place to hold time. So He created an area He called heaven…this means before this area was created there was no distance. Being everywhere at the same time. Omnipresent. Then He created the earth…a place of substance or matter. Before that there was only the Word…Spirit. Every thing created was placed inside a container to contain time, and physical substance. Genesis says the firmament (we like to call a dome), covers the earth, and the earth has boundaries at the ends of a flat circle (dinner plate or Frisbee shape). Gods throne is in the center where Polaris…an angel, who is in charge of keeping the other angels rotating…on the sides of the North. Meaning North is in the middle and all directions from North are South. North and south have boundaries.East and West travel between North and South in a circle forever. This is why our sins are forgiven as far as the east is from the west.

Jesus is the Light, the Truth, the Word.That being said, even the secular non believing world agrees in their theories with the Bible regarding light.Before anything else there was light, photons. This light became the basis for matter, which the Bible says God used to create the Universe, our galaxy, our solar system, Sun and a little watery planet we call Earth.It is an absolute. It is the fastest traveling particle in the universe. (Truth is an absolute)It does not experience time. It is in a perpetual state of Now. (Eternity)It is not observable unless a means is provided to see it. (Without out Faith, we cannot experience Jesus or believe in Him).I do not say that light that we see is the Light of Christ, but I do say that it exemplifies the Light that is Christ.

Light is the energy that holds particles together creating matter. Without light, there is no matter.