I prayed to the Son of the living God Jesus Christ. My Saviour and my Shepard 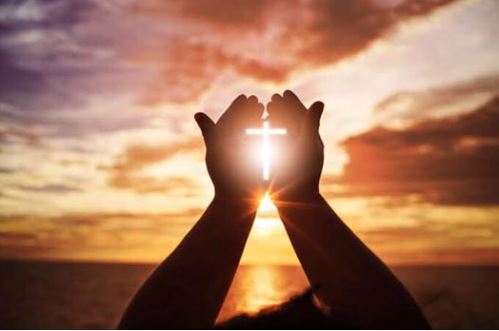 This is a true story.

I lived in a halfway house from aged 17 to 21. This halfway house was filled with children who had no homes and nowhere to go. Every day was a constant reminder that you were alone, unsupported and unloved. Up until this point I hated God. I hated and blamed him for the trials and tribulations I had been through and cursed at him for bringing me through all of it. I hated the thought of him and definitely hated the thought of praying to him.

However one night as I was watching a movie and playing on my phone in my halfway house room I had an overwhelming thought that I should put down my phone, turn off the TV and pray. I didn’t know why this thought came into my mind and was certainly not thinking of God at this time but I decided to give in, turn off my TV, put down my phone and pray.

I’ve prayed before in Sunday School and prayed when I was asked to in church but this prayer wasn’t like that. The words I used weren’t formal, wasn’t rehearsed but simply as I would speak to a friend. This prayer wasn’t half-hearted, it wasn’t sceptical and it wasn’t faithless, it was wholeheartedly hopeful. I prayed that he would give me a sign, a sign that I knew came from him. A sign that I needed to know that he loved me and supported me and would never leave me no matter where I would go.

After I had prayed to him and for a sign that he supported me, loved me and would never leave me, I finished my prayer with the word Amen. The second that I said that word, not moments later and not an hour or two but the second I said Amen, a friend of mine sent me a text.

This friend of mine did not know biblical scripture and didn’t believe in God, but the second I said Amen this friend texted me with this. “Isaiah 30:21 whether you turn to the left or the right, a voice behind you will say I am the way walk with me.”

To describe the feeling I had afterwards would not do it justice but it was the most sensational, warm and peaceful feeling starting from my toes to the top of my head and I burst out in tears. I immediately called this friend and asked them why did you send me this text, to which my friend replied “I have no idea, I just knew I had to”.

This is a true story. I lived in a halfway house from aged 17 to 21. This halfway house was filled with children who had no homes and nowhere to go. Every day was a constant reminder that you were...

I got goosebumps as I read this! God’s ways are amazing! It is not something we study or comprehend, it just happens. When things get very very messed up, He helps us. He sees us struggle, He sees our souls bothered and lost, He saves us from that. This is such an amazing testimony and I am very grateful to have read this. Thank you, @FaithinGod!

@FaithinGod: There are really instances that we cannot explain things…Most of the time I encounter such things as these… I guess it is the Holy Spirit who sent us the wisdom to do such things…just like what I experience when I was still in Davao…I went to a mall for a grocery and ride a taxi which I didn’t recognize the body number as well as the plate number…as we are half way travelling, I feel dizzy at the passengers seat at the back…I can’t even open the window of the taxi too as it can’t be opened…I almost fainted but I hear a voice saying “go out in the taxi now”…so what I did is I asked the driver to halt the taxi as I forgot something…he didn’t halt immediately so I shouted…As he halted I immediately got out, and unable to pay coz he immediately go away… that was the last time that I ride an unknown brand taxi…