Lots of controversy over the celebration of Christmas. Many people are wrapped around the name, and the date rather than the event

Lots of controversy over the celebration of Christmas. Many people are wrapped around the name, and the date rather than the event. Three of the four Gospels all record the event, the birth of Jesus as the Savior. All throughout the Old Testament, the birth of the Savior is promised. God does not hold it against us that we celebrate the birth of His Son. Yes, Christmas is not mentioned in the Bible, neither is Easter. We don’t celebrate the word, we celebrate the event.
Why do the vast majority of Jews not celebrate Christmas? It isn’t because of the word, it is because they do not believe that Jesus was the Messiah. The Son of God, the Word becoming flesh.
Lastly, in the words of Ebenezer Scrooge to his nephew Fred, You keep Christmas in your way and let me keep it in my way.
God bless you and may His grace shine upon you. Merry Christmas.

Wish people would actually do research on history of what they believe instead of what people tell them, Christmas has nothing to do with Jesus Christ, this is a day that the pagans would sacrifice their children to their son God Ba’al, to the flames of the fire in worship of their Sun God in 9 months earlier there was a fertility festival that they celebrated and they would get drunk and have orgies and women would get pregnant, how long does it take to carry a baby in the womb, 9 months, they would have these children in a new litter of children to sacrifice to their son God, but they tagged the name of Jesus Christ on both of these pagan celebrations and now you have Christians setting up trees decorating them with ornaments, Jeremiah 10:3-5, people should also do research on the history and origins of Halloween, Valentine’s Day,

Jews: They celebrate numerous special feast days, more seriously than rest of world. Preparation days, etc. very religious and Commandment followers… No, some still at odds about Jesus, being in sandals, not as a King…but there have been many converts too. (Jews for Jesus). Jews stick to tradition like Sabbath 7th Day. On that they will not budge… We must respect our Jew brothers. Christ and all apostles except one were Jews. We must not be anti-semetic…and God said, “to the Jew First”, so He is coming to them first at 2nd Coming. The 1st religion of Jesus was Apostolic thru apostles that followed him. The RCC adopted it in AD 325, took over the same religion, but altered changes to their authority. We must support the Jews race that was put through its own kind of Hell w Holocaust. We must never forget. They were martyrs. Let’s all be kind, we r all ONE HUMAN RACE IN GODS EYE. Hanukkah is called the Feast of Dedication because it celebrates the Maccabees’ victory over Greek oppression and the rededication of the Temple in Jerusalem.A miraculous event occurred during the rededication of the Temple when God caused the eternal flame to burn for eight days on one day’s worth of oil.To remember this miracle of provision, candles are lighted and burned during the eight days of the Feast of Dedication.

The Christmas tree is an evergreen which represents Jesus as being ever alive immortality and eternal life and never changing its colors. Jesus is the same now and forever

There is a reason God/Jesus did not proclaim dates of birthing. It was least important and his SAVING GRACE was the aim at the time. Yes, it was promised, but datewise - NOT. Jesus did not want draw attention to SELF, as we do in this generation. It all makes sense. And not mention of a birth holiday or event or holiday dedicated to Him. Yes, we celebrate the event, but quietly, as Santa overtakes the holiday, which, to me is aggravating nonsense. We are lying to ourselves and to our kids and that is a sin in itself. Easter is the same thing, a diversion of the real meaning of any holiday. It goes without saying WHO is the blame for this. Satan, of course

I like picking out the gifts to give people.

But if you take a deeper look at its origins; it isn’t about the savior at all, it’s actually about the babylonian sun God Tammuz, over time it was changed here and there but it’s roots are still the same, it’s a pagan festival turned christian by the corrupt church (babylon), it happen around the 300’s ADAttached below is the great falling away within the church; and thus becoming babylon by demonic teaching, and traditions not found in the scriptures and are most often contrary to the word of God There will be no Christmas in heaven; although the giving of gifts there is nothing wrong in that but it’s origins stay the same, it is pagan whether we make it about Christ or not, it is founded on the babylonian sun god tammuz, best just to celebrate Christ on other days as this day is unholy and not founded in scripture anywhere 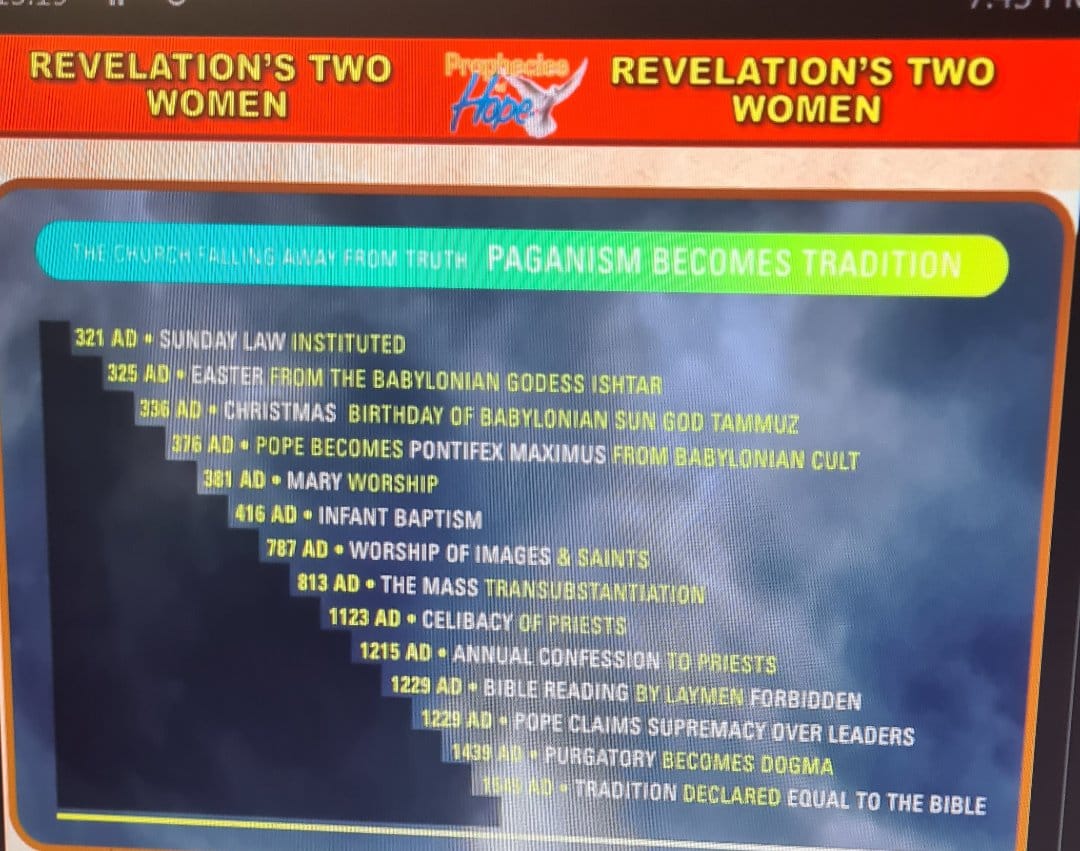 Merry christ-mas means more christ! If you true Christian anytime you celebrate no matter what date or month you do it because it’s about christ in your heart!

It does not matter if December 25th is the actual date of Christ’s birth. Don’t let cults or Satin deter you from taking the opportunity of Christmas to tell others about our Lord Jesus Christ.

Giving gifts and putting up trees is how Romans worshipped sol Invictus. It’s one thing to set apart a day to honor the birth of the Messiah, but when we do it the exact same way, on the exact same day Pagans worship their gods. We can’t sit here and pretend like we’re doing anything different. That’s a deception.

I celebrated Christmas all my life up until last year. I knew of all the pagan stores. I refused to believe them because I too thought I’m celebrating Jesus birth. Then I promised God one Sunday night last year that I would look up Christmas. I don’t even know why I was having this talk with God, but I was and I did. I was blown away with the origin of Christmas. I knew God did not like us to celebrate pagan celebrations and to put His holy name on it, I knew in my heart all these years I was wrong in celebrating this so called holiday. It is not easy to just stop celebrating something you have done your whole life, and reasoning behind it. But I knew if I loved my savior as much as I said I did then I had to listen when my heart and brain said this is wrong. God will tell you when to search something out but you have to listen. I believe that all that are for celebrating Christmas as Christ birthday believe that and they will do it anyway because this is how we were brought up. This is what we know, this is what we are taught to believe. I have come to realize, I do not need a special day to celebrate His birth, I celebrate His birth and death everyday. If He was not born He could not die for my sins…daily…

Jesus was concieved on Hannukah (Feast of Dedication) which was on December 25th according to the Jewish calendar which makes perfect sense since Christ is the Light of the World.