Please pray for the little one

|| Imogen Rea || Imogen was re-admitted to hospital on Tuesday after only 4 full days at home with her family. She had symptoms of an upper respiratory infection plus vomiting and once she arrived at hospital, she spiked a fever. Despite feeling pretty sick, she was all smiles when she saw some of her familiar doctors and nurses again. We joked about how she just wanted to visit her friends in the oncology ward, but really we were pretty disappointed to be back so soon after leaving. Since being swabbed and tested for everything under the sun, we’ve been told that Imogen had the common cold. It doesn’t take much to make a baby with cancer critically sick, and Imogen has not had a functioning immune system all of her life. So she’s about as vulnerable as you can get. That’s why we have to make such huge efforts to keep her safe - because even if her chemo treatments are working well on her cancer, if she gets an infection (even something that affects the rest of us only mildly), while ever she’s immunocompromised it can be enough to land her in a serious life-threatening condition. When Imogen becomes unwell, we are immediately in correspondence with her oncology team to decide when she needs to come in. And often, like Tuesday, we need to cancel all plans, drop everything, and rush her in within an hour or so to be assessed and treated before she deteriorates further. Thankfully, Imogen has improved significantly over the last 2 days and I’m currently waiting on the edge of my seat to see if the medical team will discharge her home, maybe even tonight. This might just be the shortest length of time we’ve ever stayed in hospital. We are asking if you could keep Imogen in your prayers, that she (plus myself and Brad and our other girls) will stay healthy and well, and at home together. Despite the visitor sticker I wear on my shirt here in hospital, I feel like a resident not a visitor - because Imogen and I have spent most of her life in this building. I’m ready for that to change! 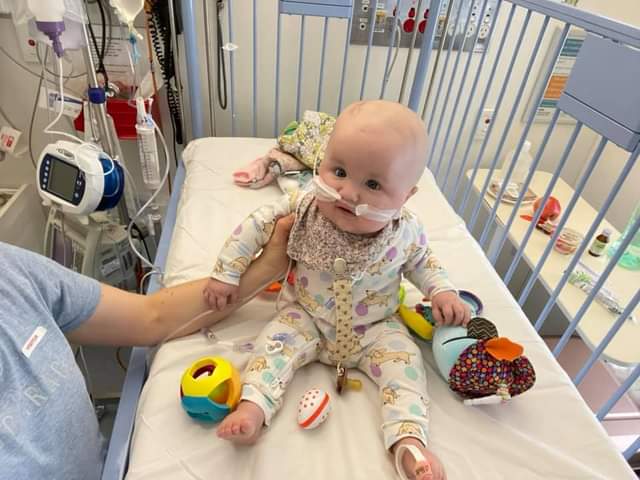