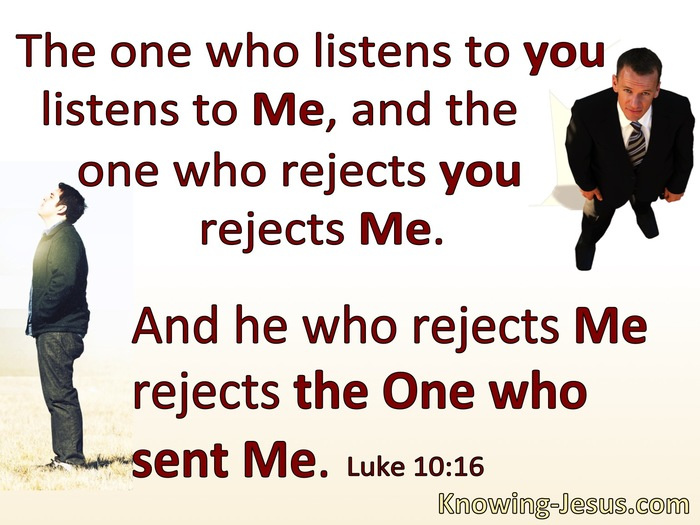 The Lord Jesus is the visible image of the invisible God. He is the Word of God Who became flesh. He is incarnate Deity, Who came down from heaven to dwell among the children of men. He is the one and only Person, in whom all the fullness of the Godhead, dwells. He came to reveal God to man and to mediate between man and God

The eternal Son of God was born into the human race as the perfect Son of Man, and the radiance of His beauty was identical in every way to the glorious brilliance of the Father… for Jesus was full of grace and truth. Those who listen to Christ are able to hear what God Himself is saying, but those who reject Him rejects the One Who sent Him.

Jesus came to earth to save His people from their sin, in fulfilment of God’s promise to the fathers. He was sent to redeem mankind from their sin and to impute those who believed in Him with His own divine nature and perfect righteousness, so that by His grace we could be His mouthpiece and tell forth the honour of His name.

He came to fulfil the prophetic writings that told of a Messiah, Who would sit on the throne of David and bring in the promised period of peace and prosperity. He came to take up His rightful position as God’s anointed King, but in rejecting Jesus, they rejected the Father in heaven.

In this passage the Lord Jesus commissioned seventy of His disciples to travel throughout the land as His chosen representatives. They were sent to heal the sick, cure the lepers, raise the dead and proclaim the gospel of the kingdom. They were to be Christ’s spokespeople, and by declaring Jesus as Messiah, they proclaimed Him to be the holy One of God.

For two thousand years the Church of God have been Christ’s witnesses to a lost and dying world. As members of His Body, we are His mouthpiece today. We are His spokesmen, His ambassadors – His witnesses.

The Church of Christ are ministers of the new and better covenant and anyone who listens to us and heeds our words, not only listens to the Lord Jesus but also is listening to the Father, in heaven Who sent Him.

Heavenly Father, what an incredible privilege and responsibility to realise that as members of Christ’s body, we are His representatives on earth and that whoever rejects His people are also spurning the Lord Jesus and the Father Who sent Him. I pray that I may be careful to share the good news of the gospel of grace with those that are dead in their sins so that they may hear and believe on our Father in heaven, and Jesus Christ, Whom He has sent. This I ask in Jesus’ name, AMEN.