Then beginning with Moses and with all the prophets, He explained to them the things concerning Himself in all the Scriptures. Luke 24:27

Then beginning with Moses and with all the prophets, He explained to them the things concerning Himself in all the Scriptures. 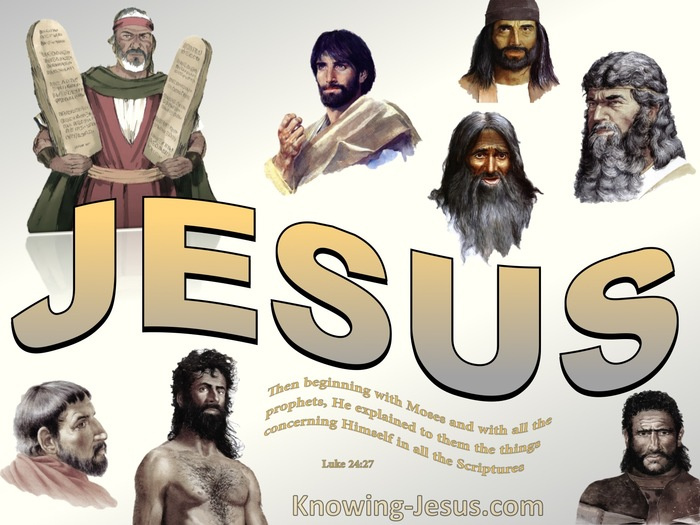 Verse Thoughts
For three days and nights the Lord Jesus was buried in the securely guarded tomb of Joseph of Arimathea, but on that astonishing resurrection morning, long nights of weeping turned to joy and laughter, as first the women, and then various individuals and groups of disciples were visited by the risen Lord Jesus Christ - Who revealed Himself to those He loved, and to those that loved Him.

One of the most beautiful meetings must have been on that road to Emmaus, when two of Christ’s distraught disciples, were wearily walking the seven miles home from Jerusalem. They had heard rumours from women, who were alleged to have met with the risen Messiah, but the witness of women did not hold much credibility in the Jewish capital.

Even the apostles Peter and John had witnessed the empty tomb… but the possibility that Christ had risen from the dead was preposterous to these people - despite Jesus Himself telling them, that He would be handed over to the Gentiles, and be crucified, and rise again on the third day.

I wonder if the two downcast disciples were initially irritated by this stranger, who interrupted their commiserations, by asking what they were discussing! They must have been a picture of dejection, but were equally astonished that a newcomer had not heard about Jesus of Nazareth - the powerful prophet, whom the chief priests had handed over to the Romans… to crucify.

No surprise that Jesus responded, O foolish men and slow of heart to believe in all that the prophets have spoken! The Bible was full of prophecies relating to the promised Messiah, which Christ had fulfilled in every detail. His birth, His baptism, His ministry and His miracles had been foretold. His untimely death, His burial in a borrowed tomb and His glorious resurrection from the dead had been clearly prophesised by Moses, David, Isaiah, Zechariah and many other prophets.

But how gracious Jesus was to these two troubled souls, for he then opened-up the Scriptures to them, and gave them an exclusive Bible study, on His mission and ministry, His Person and Work, His death and His resurrection and God’s entire plan of salvation for the redemption of mankind. And Jesus asked them pointedly, ought not Christ to have suffered these things, and then enter into His glory?

No wonder their hearts burned within them and their hope was reignited, as Jesus taught them - and beginning with Moses and with all the prophets, He explained to them the things concerning Himself in all the Scripture.

Jesus lovingly chided these two distressed disciples, but He then graciously explained ALL that the Old Testament was teaching about Himself. Starting with Genesis and the first five books of Moses and no doubt touching on many of the prophesies and promises that we hold dear, Jesus taught them all that the Old Testament prophets had written, concerning Himself.

No doubt, Jesus graciously gave a full review of the fall of man and God’s plan of redemption through His promised Seed. I am sure He touched on God’s covenants with Abraham and Israel; His pledge to David; the significance of the Psalms - and the prophetic writings of so many men of God. He no doubt touched on His Life, His ministry, His mission and His work on the cross for the forgiveness of sin, the redemption of mankind and life everlasting, as outlined in so many prophetic books.

These men walked with Jesus on the way, and heard the scriptures opened-up to them, by the Lord Jesus Himself. But we also read in Scripture - blessed are those that have not seen the risen Lord Jesus, walked with Him by the way, or pushed their fingers into the wounds in His hands, and yet have believed. May we never forget that we are to live by faith and not by sight… and to trust in the Word of God, for His greater praise and glory.

Heavenly Father, thank You for Your Word and the wonderful truths that we read in its pages. Thank You that all the prophecies relating to Your first coming were fulfilled in every detail, and that by believing on the name of Christ, we have been forgiven of our sins and have received life eternal. Thank You for the witness of those two disciples on the road to Emmaus - and that even when doubts appear in our heart, You remain faithful to Your promises. Thank You that in Christ we have also a more-sure word of prophecy, that has been unveiled in the face of Jesus Christ - and thank You that every prophetic word relating to Christ’s second coming cannot fail, for Your Word is faithful and true - thank You in Jesus name we pray, AMEN.