Was Allie's Title Question "Is The Chosen Biblical" Answered on Relatable?

Christians who hold significant influences on social media have responsibilities as well as privileges. Those responsibilities do not change or are ignored depending on the guest. And its worse when Christians like Allie Beth Stuckey are insisting that “Mormon theology is not influencing The Chosen, it is Scripture”, all the while ex-mormon ministries are warning that former Mormon-turned Christians are turning back to Mormonism because of the show and they are being largely ignored by the Christian community.

Below is a video that breaks down what happened on the 12/19/2022 Relatable episode along with observations on Allie Beth Stuckey’s actions before and after the interview. 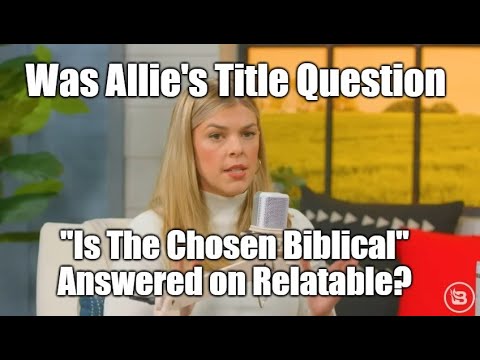 There was a comment on Facebook about Allie’s prior episode with Lynn Wilder. Seems that Lynn actually warned Allie and viewers/listeners about The Chosen and about how, in Lynn’s words, Mormonism is couched in Christian language. Of note is Allie’s admission a little afterwards that she had not watched the series.

I have forward this information to the gentleman who made this video and I share in his exact sentiment. The gaslighting by Allie Beth Stuckey on her interview with Dallas Jenkins is grievous and highly disrespectful to Lynn Wilder. This really shows just how ex-Mormon Christians are deliberately being ignored. The link to the Lynn Wilder episode is below with emphasis at around the 49:29 mark: 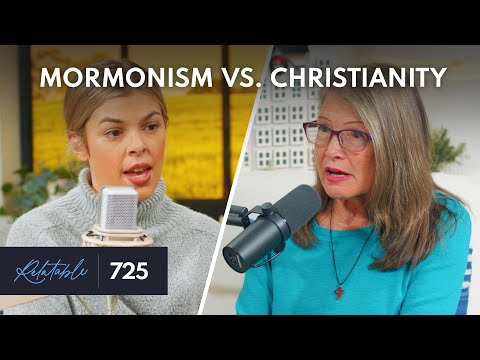 An Update: it came to my attention that on the 1/27/23 episode of Relatable, a fan on Instantgram asked Allie Beth Stuckey her thoughts about the He Gets Us campaign. Her answer is interesting here as she basically said that she needs a little time to research biblically, but it gave her the heebbie-jeebbies and its so focused on making Jesus relatable that we lose who Jesus actually is.

This comes a month after she had Dallas Jenkins on her show and she essentially PR endorsed The Chosen, a show she hasn’t seen to her own admission, and it does exactly what she criticised the He Gets Us campaign of doing. These kinds of actions is why the world won’t take Christians seriously and the enemies of the Lord point and laugh at our double standards.

We may agree on conservative stances with Allie Beth Stuckey, although these latest series of actions may call even that into question as to if she actually believes what she is saying. However, there is now ample evidence displayed by Allie to disqualify her from ever being taken seriously on biblical matters and topics.