“Worthy in the lamb” 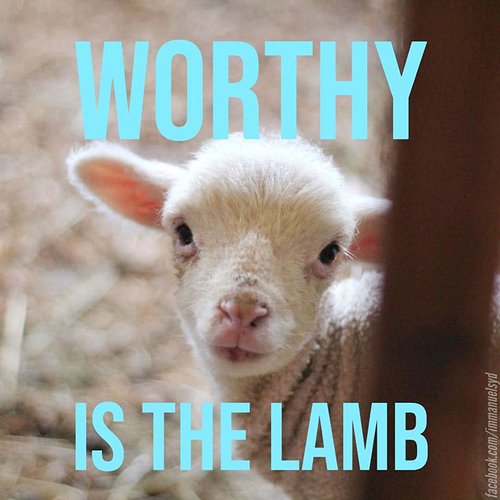 When I sing: “Worthy in the lamb” my mental image is normally Jesus wearing all white, shining like lightening, with power and authority. But when I actually stop and look at a lamb, it has got to be the softest, weakest, most innocent animal there is. It doesn’t show the image of power, but an image of obedience together with the innocence. It’s not the power of superman, it’s the power of the Lamb that defeated evil once and for all. WORTHY IS THE LAMB.